This article discusses the meaning and origins of these terms.

What is Artificial Intelligence (AI)?

A lot of meanings have been given to the AI term throughout history. Better than reviewing all the definitions, we will highlight what it is not. People, especially those unconnected with this context, usually think that AI is futuristic Robotics. That thinking is mainly due to fiction films. Despite Arnold Schwarzenegger has a high IQ, it wouldn't be possible to say that his intelligence is artificial. 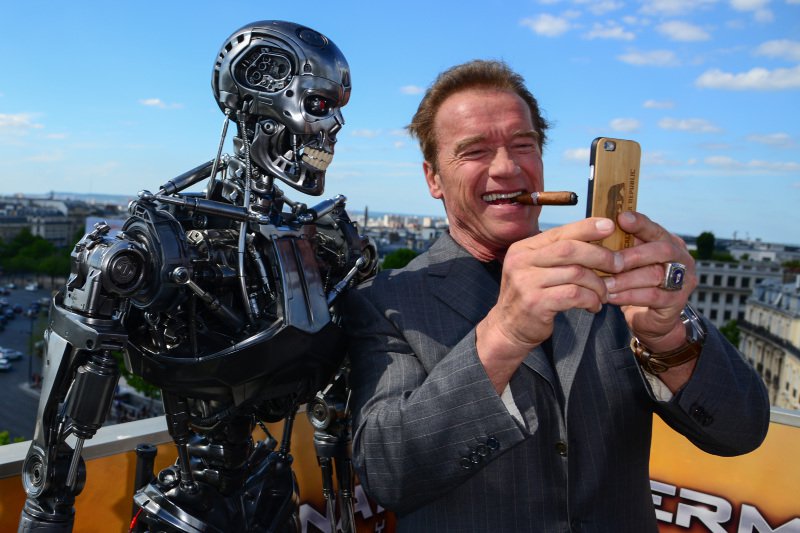 Altough AI is not only futuristic Robotics, we the humans have been dreaming of this possibility for centuries. Since the Ancient Greece, stories about a mechanical man who mimics the human behaviour have existed. More recently, the first computer machines were designed as logic machines. This was not a coincidence. The goal of those logic machines was to reproduce the memory and aritmethical power of the human beings in an attempt to replicate a synthetic human brain.

With the technological evolution and the increase of our knowlegde about how our brain works, the concept of AI has changed too. In the begining, AI was focused on very complex tasks for humans but easy for a machine. Those were tasks with high computation requirements, or focused on playing games like checkers [1], chess [2] or go. Currently, research on AI is trying to solve problems that for humans are trivial but neccesary in order to survive in society: understanding, seeing, communicating, driving, etc.

So as to reach the current state of art a few key items have been necessary:

As mentioned above, the main goal of AI has always been to make machines "think and behave as human beings", or in other words, that the machines are able to do tasks like: reasoning, planning, generating new knowledge, understanding the language and environment perception. Currently, nobody expects that a computer achieves the human intelligence in the short- or medium-term, but the long-term goal of AI is to reach the general intelligence, which combines the former capabilities with other human capabilities as morals or creativity. 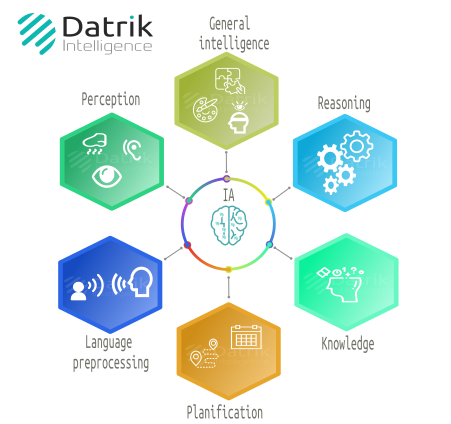 While the final goal of AI has not been achieved, AI has big implications in our life at an individual level. On the other hand it is becoming essential and strategical for companies.

Inside the field of AI there are a few subfields: metaheuristic optimization, expert systems, automatic inference, etc. But the most imporant today is the so called Machine Learning (ML). ML is the application of AI based on the idea that machines are able to learn from experience, being experience the historical data in most of the cases.

Many algorithms can be found in the ML field. Most of them have been developed decades ago (remember that the term Machine Learning was originally coined in the 50s.

A very important and very popular nowadays Machine Learning subfield, which is composed of some specific types of neural networks, is Deep Learning (DL). That kinds of neural networks are a specialization of the basic neural nets. As stated before, this kind of algorithms try to mimic how neurons work together in the human brain. 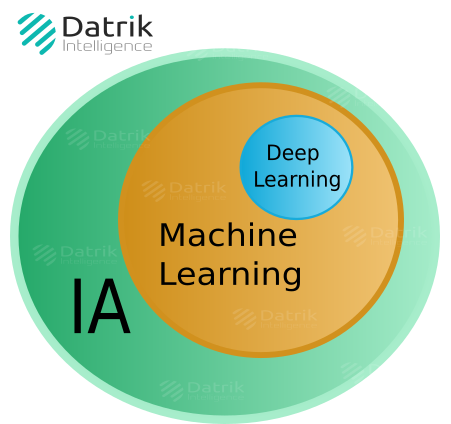 What is the difference between classic neural networks and DL? A lot of people may think that the difference is in the size (deep), but the real difference is that this family of networks were designed to work specially well with images and time series, exploiting internal structures found in this kind of data.

Neither neural networks nor DL were invented a few years ago. The classic neural networks were invented in the 50s and DL techniques in the 80s, but the evolution of the hardware technology has been needed so that those thecniques could be applied in a succesful way. There exists a good anecdote in that sense: In the 90s one of the Winters of AI came, because it was not possible to apply those algorithms to real industrial contexts. The problem was that the computational power was not enough at that moment. Algorithms could take months or years to be trained and this was obviously unacceptable. Most of the scientific community left that branch of research to focus on others like rules or inference systems.

Now that some definitions of AI, ML and DL have been proposed, the concept of Data Science (DS) can also be defined. DS is an interdisplinary field that picks the most useful bits of AI, ML and DL to extract knowledge or generate insights from data. That data can be found in multiple formats or come from multiple sources. In order to achieve that goal, in DS it is necessary to use relational and no relational databases, scrape data from the Internet, reconcile data from different sources and create visualizations to extract valuable information or show results. For that, in addition, a solid knowledge of mathematics, statistics, probability and programming is needed. No more and no less!

Finding a person with all that knowledge is not easy. Years of study and assimilation are needed to become a true data scientist. This is why true data scientists are called unicorns (difficult to find, only a few persons admit having run into some of them). 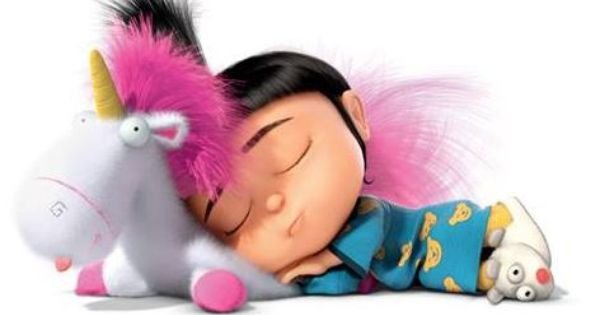 Only defining Big Data is pending, but we will leave it for another blog post. But I woudn't like to finish without giving you a piece of advice in this respect: if someone tells you that you need a big data model to predict something, you should keep in mind that they don't know much about that, or they are trying to sell you something that you don't need.